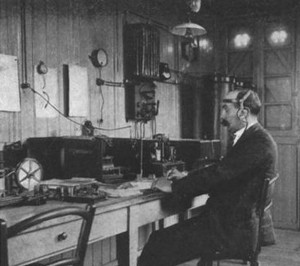 One of the people I met when I first slid down to Jacksonville was Rob Thomas.  Rob hosted “90 in the Shade,” a radio magazine on WJCT, Jacksonville’s public radio station.  I’d heard the program a couple times and liked it a lot, so I was glad to find out I’d been booked to interview with him.

Rob was great.  I’d been traveling and touring about, but working with him wasn’t just another gig.  It was more of a good sit down with a new pal.  Despite all the techy things around, I felt at home in that little Studio A.  I couldn’t quite put my finger on it. It was all about him, really.  His manner.  His voice.  A terrific voice.  Natural. Unforced. Warm. Given to laughter. With a bit of a break in it that somehow made it comfortable to be around. You can hear it on the EP, “Live at 90 in the Shade .”  You’ll see what I’m talking about.

Over a few years, Rob had me on the program more times than I can count.   Sometimes planned; sometimes spur of the moment.   I made sure to always have something new for him.  Prose to read or a song to sing.  Something to try out.  “Out of the Blue” was like that.  I’d just come back from the MacDowell Colony where I’d written a bunch of songs, and I kind of liked that one.  Rob’s show was a chance for me to hear what it sounded like when I played it for people I didn’t know.

On occasion he had me scurrying.  There’d be a sudden cancellation, and Rob would ask me to fill in. In the hour or two before air time, I’d write a song.  “El Dorado” was one of those.  My dreidel song, too.  I’d be halfway through the show and start in on whatever new thing I had, wondering if I’d remember the words.  I usually did, more or less.  Or I made new ones up as I went.  It was fun.

Now and again, I’d play an old tune simply because it came up in conversation.  Even if I’d never played it before.  Like “Brother, Can You Spare A Dime.”  You know, faking it.  But not really.  Just being in the moment. A nice place to be.

I’m talking about these things like they are in the past, like those peculiar times are gone.  But about everything we think we know of time is bullshit. We imagine if we can’t put a finger on a thing, it’s not there, so we’re just a bunch of folks poking around in the dark, looking for something we can’t recall what it is.  Fuck a duck.  The trick is to make it up as you go along.  You get better at it.

“Live at 90 in the Shade” has a few of the performances I did on Rob’s program.  I don’t have many of them.  Rob says he thinks he has bunch hidden away in Georgia. I hope he gets around to digging them out. I’d like to hear them again.  But he doesn’t need to find them to have my thanks. He’s got that.