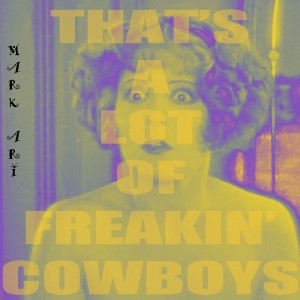 I’ve been cleaning out the drawers and boxes. These are cuts, maybe not finished, maybe laid down and left to knock around, or fragments culled from the air in a given moment and then forgotten. Tapes sitting in cracked cases, tangled, frayed amd torn. So I cleaned and spliced, and they kind of make a story now that I’ve stuck them together. It’s my story, and I’m sticking to it.

There was a lot of reaction on Facebook to my expression of a personal conviction that President Barak Obama is by far the best choice to lead our country for the next few years.  There was a lot of support.  Some respectful dissent which I, in turn, respect.  And some pretty crazy shit.  Selected or twisted so-called “facts,” that are often nothing like facts.  Weird constructs developed to make the world fit into a peculiar mindset.

I don’t take them down, those comments.  Mostly I don’t, and I struggle a little with that.  After all, it’s my wall.  Not a radio talk show.  Not a street corner.  I’ve no obligation to give others a place to vent whatever it takes for them to meet some private need in whatever yap and banter suits them.  They can write on their own walls.  They can find an audience for themselves.  Surely, there is one out there. There is always that. Or they can talk to themselves, if they don’t already.

Do they think they are being read by others as they read themselves, or do they suspect that’s not the case, rationalizing it away with the notion they have some greater brainpower or vision beyond all those otherwise intelligent, educated, well-intentioned folk who cannot grasp or handle “the truth” because of some terrible infirmity of blindness? What magic of cognitive dissonance is this? Do they imagine the rest are the ones chained to the wall of Plato’s cave, and not themselves? What terrible pressure is it to own the last period after everyone has gone away, shaking their heads.

I leave those comments up as illustrations.  They make an argument, though not any intended one.  I think it’s good to see it.  It represents something real and powerful that can be pretty easily discerned.  No further commentary needed.

So, fuck a duck.  I’m feeling good.  Optimistic.  Even if I’m the only person on the planet feeling that way for the moment.  Rare enough these last years. I’m not going to squander it. I’ve been daydreaming.  Almost all day—and O, man, how I love to daydream.  I was once known for it.  Internationally.

Today, in my dream, 20 or 30 or 40 other folks and I are marching through the streets, just like we did in Seville back in the day, as they say.  Guitars, flutes, and tambourines, cardboard boxes and cowbells, metal pails and plastic ones and broom handles—anything a person can carry to pluck or blow on or pound against something hard.  Singing.  We’re singing.  Palms slap flamenco rhythms, bottles of tinto passing, great hashish clouds swirl with our toned breaths.  Only it’s the streets of Jacksonville instead of La Alameda.  And we’re heading for the polling stations.  That’s right, baby.  And it’s Cheryl Wheeler’s  “Your God” we’re bellowing to brick face and allyway and one another, laughing as we go.