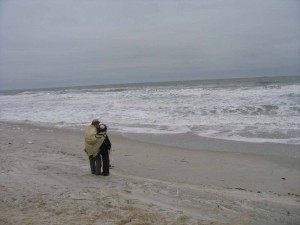 When my son, Noah, turned 12, he and I began a journey together to the time when he would become a Bar Mitzvah . I wanted something for him other than what I had experienced. It was. For both us.

Over the following year we read together—history, poetry, philosophy, sacred texts, prayers, short stories and novels. We watched films, looked at art, and listened to music. We tried our hands at some. We talked about it all. Asked questions. He decided he wanted to read Torah in Hebrew, so we studied together and learned to piece the sounds into words, and we discussed those words and what they might mean for us. He wanted to chant, so we downloaded the signs for the tropes and listened to recordings of the sounds they represented. Then we put them together with the words of his Haftarah.

It was not an easy year. I was working two jobs to keep us afloat. He had his schoolwork and music and all the things a boy of 12 has to do to be a boy of 12. But we did it. We made the time for it, because it meant a lot to both of us to spend that time together, he and I, on this journey. We each kept a journal of it, of our thoughts and impressions and things we wanted to remember. He has his. Someday, he’ll have the one I made.

On his 13th birthday, we went to the beach. No rabbi. No synagogue. Just him, his mom, his sister, me, and a small group of friends to make our minyan. Noah wore the tallit I had worn when I became a Bar Mitzvah. I wore the tallit that belonged to my grandfather.

Noah chanted beautifully. Afterwards, he spoke what he had in his heart to say about our year together, what he felt he had learned, and what it all meant to him. It was something. Then he and I left the group for a stroll along the edge of the water. I told him how proud I was of him, of how I admired him and loved him. I thanked him for the best year of my life. He put his arms around me and said, “It doesn’t have to stop now, does it?” “Of course not,” I told him. And it hasn’t.

Two years from now, this weekend, my daughter, Kezia, will become a Bat Mitzvah. One year from now, we begin. Really, we’ve already begun. 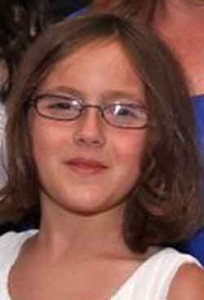